Congrats to Eric Bates from the Boys Water Polo team and Amanda Barnard from the Girls Tennis Team for being picked by their peers at the monthly captains meeting for being September’s Male and Female Athlete of the Month.  They both received an athlete of the month t-shirt and gift card to Chick-fil-A.

Eric the goal keeper for the Water Polo team has been a force in goal coming up with double digit saves in multiple games this season.  He is also a leader on and off the pool deck and in the classroom.

Amanda is one of the top singles players for the Tennis Team and has been a huge part of the great 12-1 start to the Tennis season.  Amanda is also a great leader on campus and in the classroom. 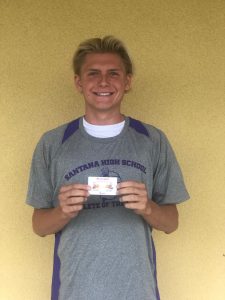 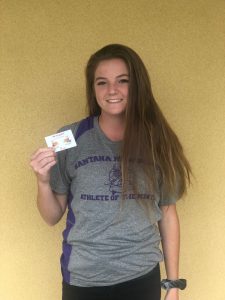 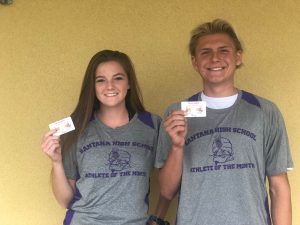