Santana beat Orange Glen 35-14 to advance to the Division 4 CIF Championship game this Friday November 29th at 1pm at Southwestern Junior College.  Their opponent will be Serra High School.  After Orange Glen scored first to take an Early 6-0 lead, Santana struck back with Nathan Temple hitting Randy Smith for a 60 yard touchdown pass and the Sultans never looked back.  Santana’s defense contained one of the top running offenses in the country a shut down Orange Glen’s high scoring offense.  Nathan Temple would connect with Dean Landers for two touchdowns and Jared Forester for another touchdown through the air.  On the night Temple would throw for 4TD passes.  With the score 28-14 late in the 4th quarter Brooks Moutaw busted a huge run to seal the deal with the last touchdown of the night for Santana.  With the victory over  Orange Glen Santana will be advancing to their 3rd trip ever in school history to a football final CIF game.  2011 the Sultans went (11-2) losing to Valley Center in the D4 Championship, 2016 Santana (7-5) lost to La Jolla Country Day in the D4 Championship, and now in 2019 will play Serra for the D4 title!  This years team tied the school record in wins in a season matching the 2011 team and with a victory Friday it is only fitting to break the school record for most wins in a season by winning it all!  Way to go Sultans the Santana Community is very proud of you all! 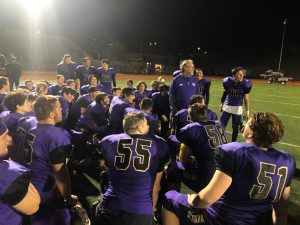 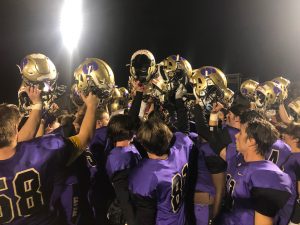 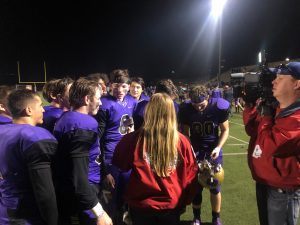 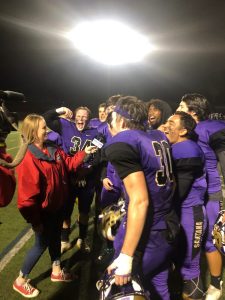