Congrats to 11th grader Maysen Seile from Girls Water Polo and 10th Grader Andrew Peterson from Boys Soccer who were nominated and voted at the Winter Sports Captains meeting as the athletes of the month for December.  For their outstanding efforts on and off the field of play they both get the athlete of the month t-shirt and a $10 gift card to Chick-Fil-A.

Maysen Seile (11th) is the leading goal scorer for the girls Water Polo team.  Maysen helped lead the way scoring 10 goals vs. West Hills helping her team beat West Hills 13-8 in their first league game of the season.  Maysen got injured early in the season and once back in the pool has scored in every game!

Andrew Peterson (10th) is one of the boys Soccer goal keepers.  Andrew posted a 5-2-3 record last month defending the goal for Santana and came up huge in goal over the winter break helping the team beat Rancho Bernardo 1-0 in the 42nd Annual Grossmont Tournament Championship.  His shutout victory helped the Sultans to their first tournament Championship in years!

Santana Athletics is proud of both of you! 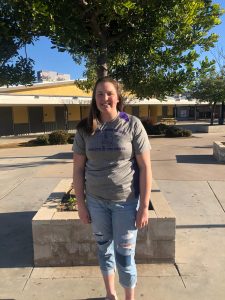 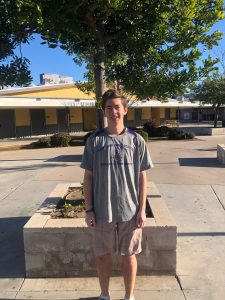 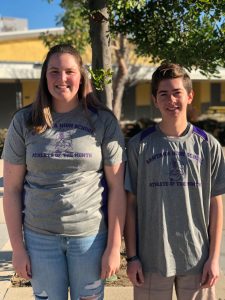