For the past 26 years the Grossmont District has honored its top athletes from each school that fit the model of the all around high school student athlete empathizing Sportsmanship.  Sportsmanship is about displaying good character when participating in sports and in life in general.  It is about respect for opponents, officials, teammates, coaches, and everyone around us.  The Six Pillars of Character: Trustworthiness, Respect, Responsibility, Fairness, Caring, and Citizenship is what the the Grossmont District Sportsmanship Award is all about.  Congratulations to Seniors Lexi Caraveo and Gavin Cheary as Santana’s Grossmont District Sportsmanship Award winners.  Due to Covid-19 the awards ceremony was cancelled at the district level but the district will be mailing them their awards and program.  One Male and Female athlete are chosen from each Grossmont Conference School and is the top honor at the district level.

Lexi Caraveo (Sideline Cheer, Gymnastics, Dive)- Tri-Sport Athlete was on Varsity Gymnastics all four years,  four Years on the Competition Cheer Team, two years on Varsity Sideline Cheer and two years Varsity Dive. Lexi was First Team all League in Gymnastics and Cheer.  If not for the Spring season getting cut short due to Covid-19 was the front runner to win the individual league Championship in Gymnastics. Captain of both the sideline cheer and Gymnastics team. She was honor role all four years, ASB Secretary and part of the National Honors Society and put in countless hours of community service.

“Lexi is extremely humble and kind. A great leader and would have, for certain, won the all around at league finals and would have for certain won gymnast of the year this Spring Season.  All coach’s   And judges knew and loved her.  Varsity all 4 years.  She has also been in cheer and was just as amazing.” – Coach Spenny

Lexi after graduation will be attending the University of Utah to study biology.

Gavin Cheary (Swim)- Gavin lettered in swim all four years earning several awards in the pool.  He was First Team All League three years in a row and would have been this year if not his season getting cut short due to Covid-19.  He was All CIF 2017-2019 and All American 2018-2019.  He was the League Swimmer of the Year 2017-2019 and a member of the Union All Academic Team.  He was honor role all four years and Team Captain of the Swim Team.  Gavin also holds school records in the 100 and 200 Freestyle.  He did community service coaching youth swimmers for club, tutored Middle School students in Math, and coordinating setup and takedown of over 30 club and high school swim meets.

“Gavin works hard at everything he does but stays true to himself and his classmates.  A solid student in the classroom and liked by everyone.  In the classroom he would go out of his way to help others, a trait you could see him do in the pool as well.  A natural born leader and competitor. Gavin would push himself and his teammates.  You could go by any swim practice or meet and you would see Gavin having fun with his teammates and cheering everyone on, he has a motor that does not stop.  This Spring at the Helix High School Freestyle Fiesta Gavin won the overall at the Invitational as the Varsity Boys high point winner out of 60 swimmers.  Gavin already had some Santana swim records and was track to add to the Sultan record books if not for a shortened Spring Season and looked forward to going far in CIF.  He is everything a Sportsman should be, a coach’s dream.” – Athletic Director Luke Phillips

Gavin will continue to swim at Grossmont College and will transfer to UC San Diego or UC Santa Barbara and pursue a degree in Aerospace Engineering. 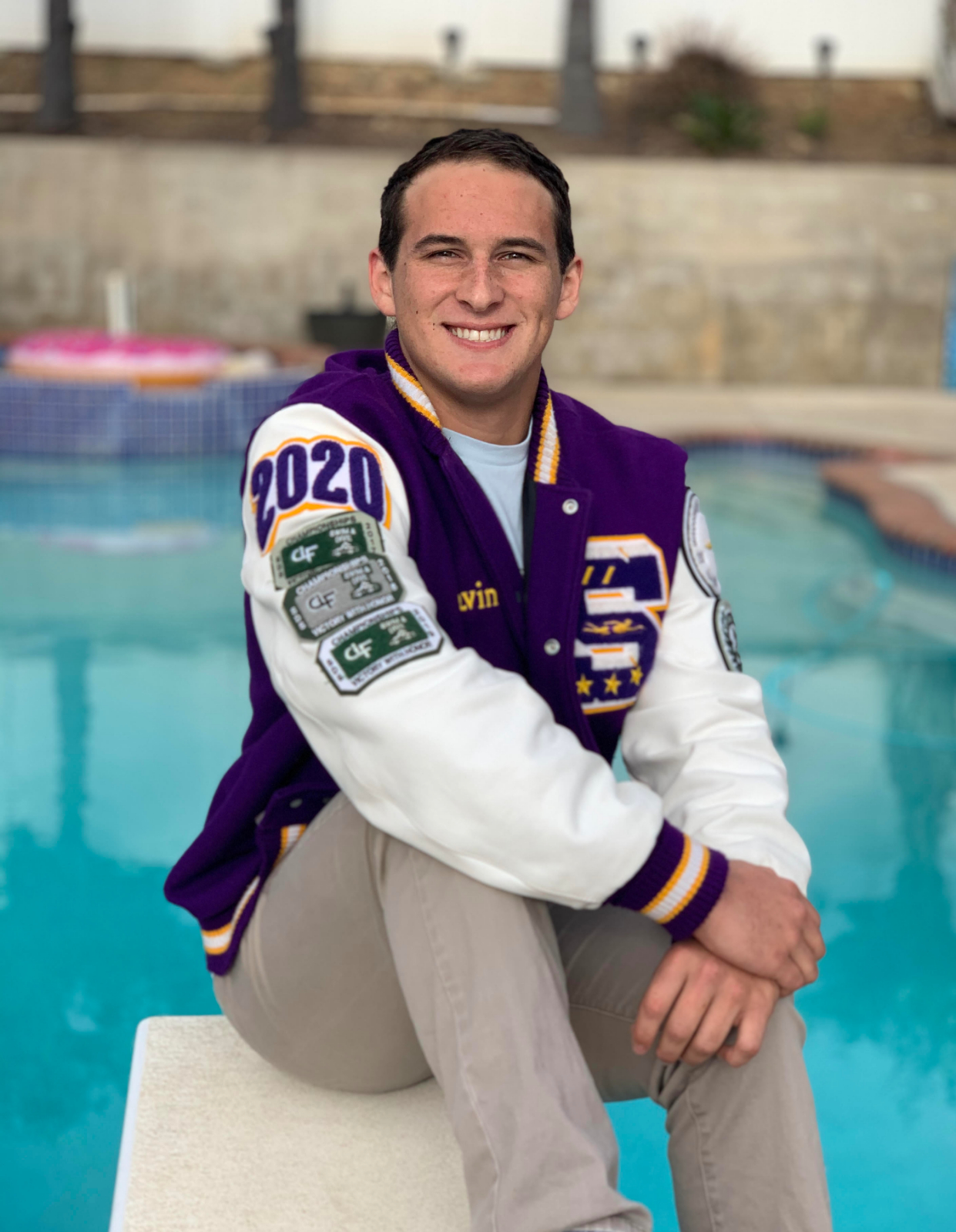 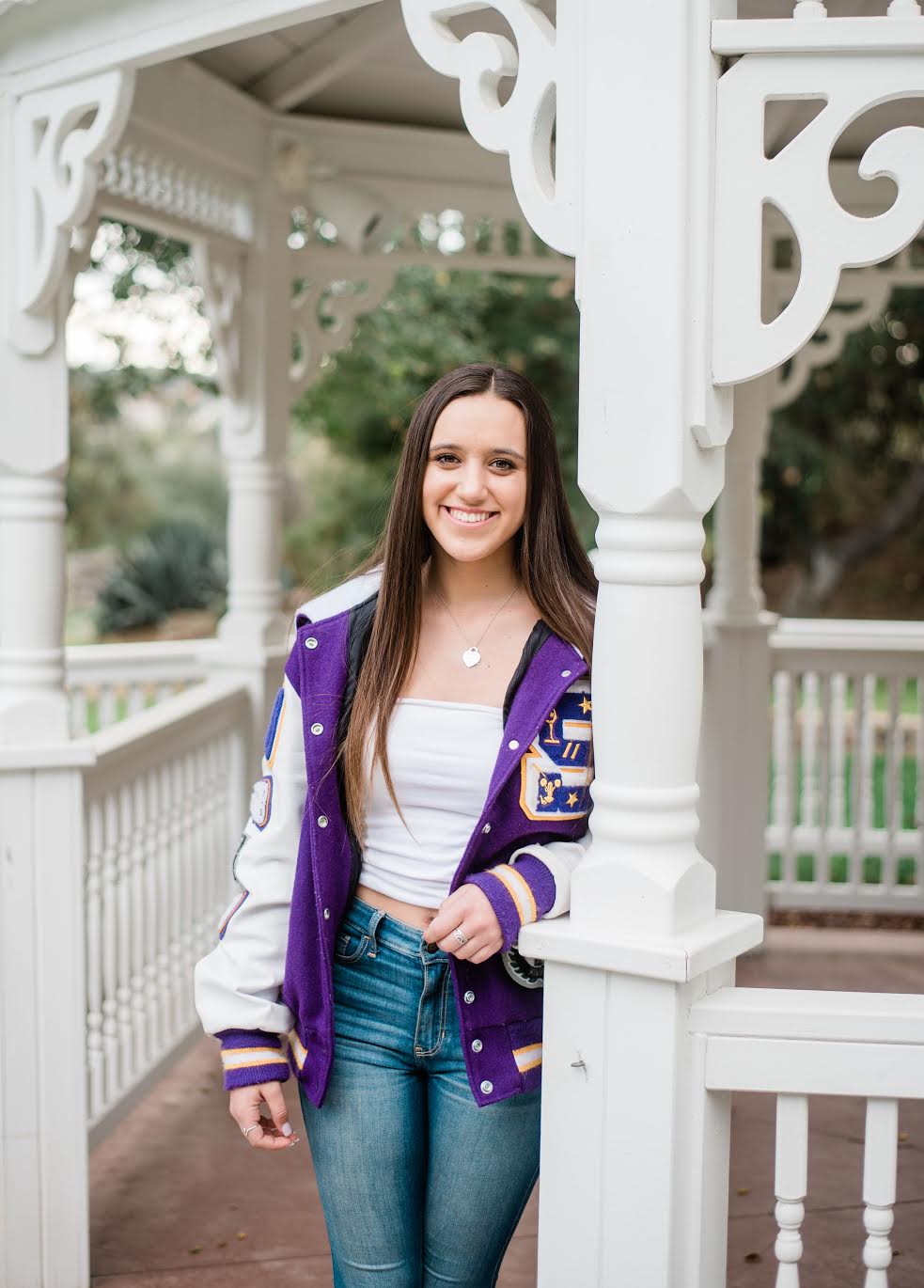