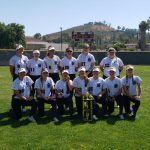 JV Softball over the weekend beat Scripps Ranch 11-2 in the semi-finals of the Dust Bowl Tournament then went on to win the Championship game over Helix 21-6.  The girls are 19-4 overall on the season as the future looks very bright for Santana’s softball program.  Great job ladies! 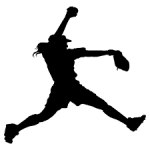 Santana Sultans Clinches Lead In Sixth Inning To Defeat Clairemont Santana Sultans ran off with the lead late in the game in an 8-7 victory over Clairemont on Monday. The game was tied at six with Santana batting in the top of the sixth when Shelby Holmquist singled on a 2-1 count, scoring two runs.

Girls here are the final rosters after tryouts.  If your number is on the list please report to practice after school. 2019_Santana_Softball

Softball preseason workout is cancelled today.  Tryouts are this Saturday please check back tomorrow as tryout times on Saturday might get pushed back to later in the day to help fields dry from the weather.

All Gils interested in Softball Tryouts will be Saturday February 16th from 9am – 12 noon.  Check in will be at 830am.  All athletes must be cleared at finance to tryout. Softball pre-season practice will be this Tuesday 2/12 and Thursday 2/14 after school from 330pm – 5pm. Questions please email Coach Cyman: ecyman@gmail.com

All Girls interested in playing softball there is a mandatory meeting this Thursday January 17th at Lunch in Room 311.  Students will be introduced to the new head coach and will also discuss tryout dates and times, along with physical and clearance information.  Any questions please email Coach Cyman: ecyman@gmail.com